Wireless fire alarm systems have a lot of benefits and are becoming increasingly popular in Ireland. 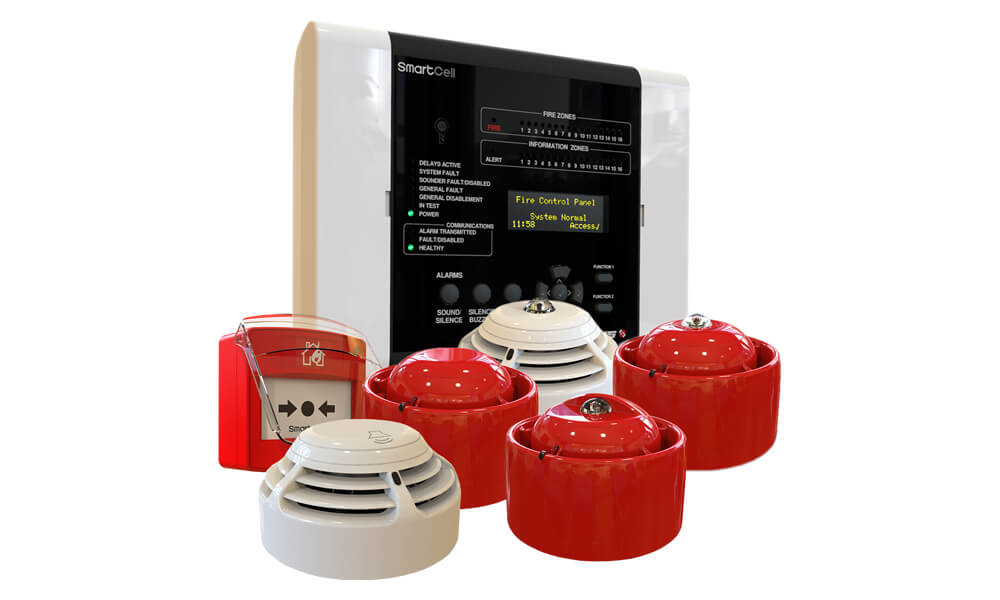 Wireless fire alarm systems might sound a bit new to you but they actually first appeared over 20 years ago.

Because the early technology experienced  issues (mainly with battery life and radio transmission), wireless fire alarm systems did  gain  a reputation in Ireland  for not been reliable. However, this is no longer true today.

In the same way that  mobile phones and computers are light years ahead of their 1990's ancestors, so are wireless fire alarms in Ireland.

Today’s systems are  fully compliant to Irish  Standard I.S. 3218:2013 + A1:2019  and European Standards for fire alarms, and there are many amazing  wireless fire alarm systems  to choose from.

Yes you would be right for guessing that a wireless fire alarm system has no wires. Instead, a radio signal is transmitted from break glass detectors and smoke and  heat detectors to the wireless  fire alarm control panel (the break glass  is the box on the wall where you can raise the alarm if you spot a fire).

From the point of view of anyone using a building fitted with a wireless system, it works in exactly the same way as the wired system – you spot a fire, you break a call point; a call point breaks, the alarm sounds.

There’s no special training required than you would receive on a wired fire alarm and you will be protected in exactly the same way. 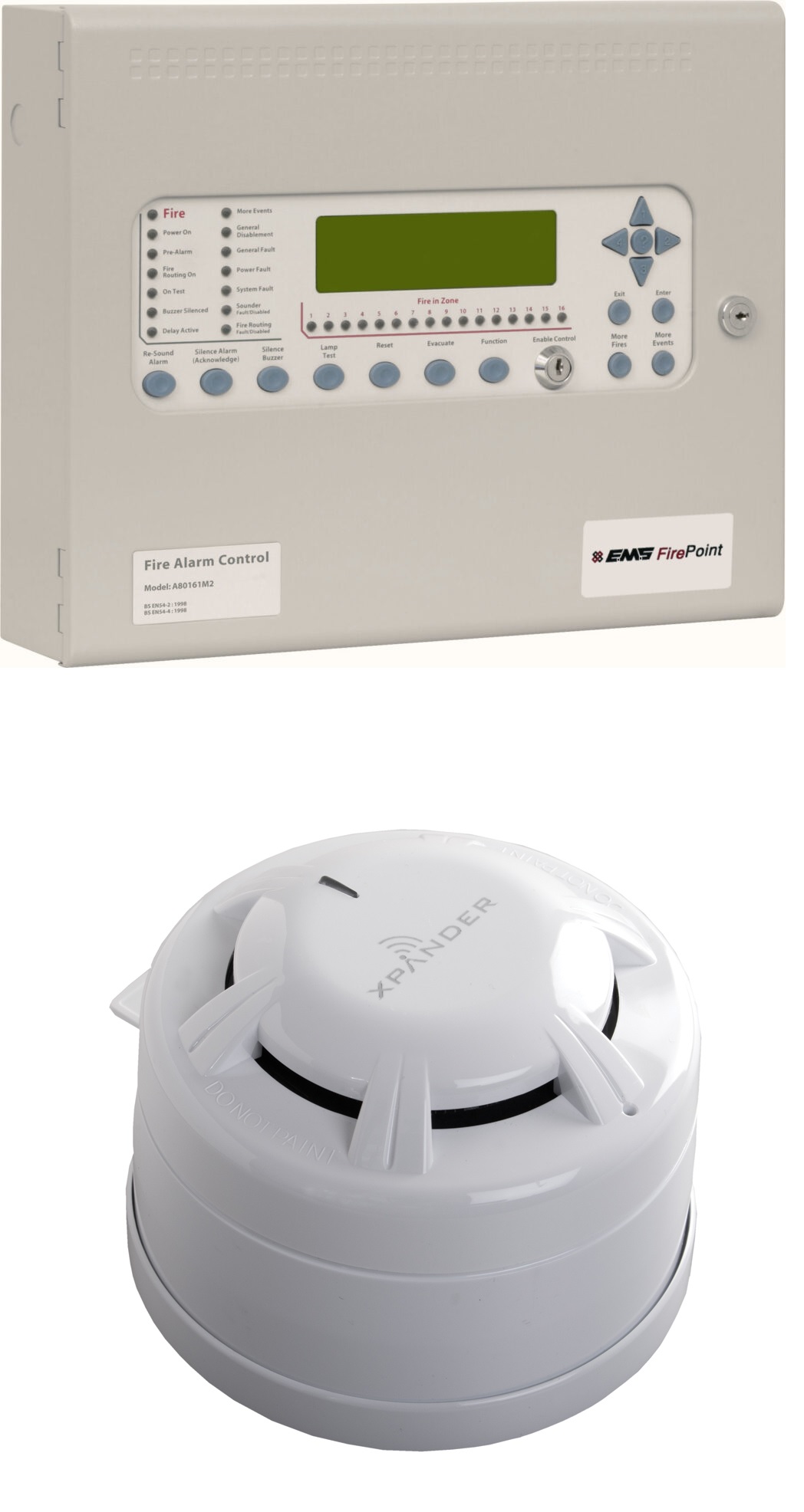 Should I get a wireless fire alarm system?

There are many benefits to installing a wireless fire alarm system, but there are some downsides too. It’s important to always  weigh these up with some consideration. Here’s some of the  pros and cons for you to think about before you make a decision:

So, should you get a wireless fire alarm?

Basically, what you’re getting with a wireless fire alarm system form us  is a fast, hassle-free installation that is easy on the eye and gives you a lot of  flexibility in the future, but with a slightly higher initial set-up cost and the slight inconvenience and expense of ongoing,  battery replacement.

On this basis, we would  recommend a wireless fire alarm instillation for any of the following reasons : – For anyone who wants a fire alarm fitted quickly, with a minimum time on site and disruption.

Wireless not for you?

Find out more about the different types of fire alarm system.

So, if you are interested in your home security, business security, fire/intruder alarm, fire extinguishers, safety systems, access control, CCTV systems been switched to a one stop solution for all fire and security systems maintenance and service contracts with one point of contact one invoice  please feel free to contact us.

Get in touch with us today and one of our friendly, knowledgeable team members will discuss your project and outline how we can help secure your business premises or home.